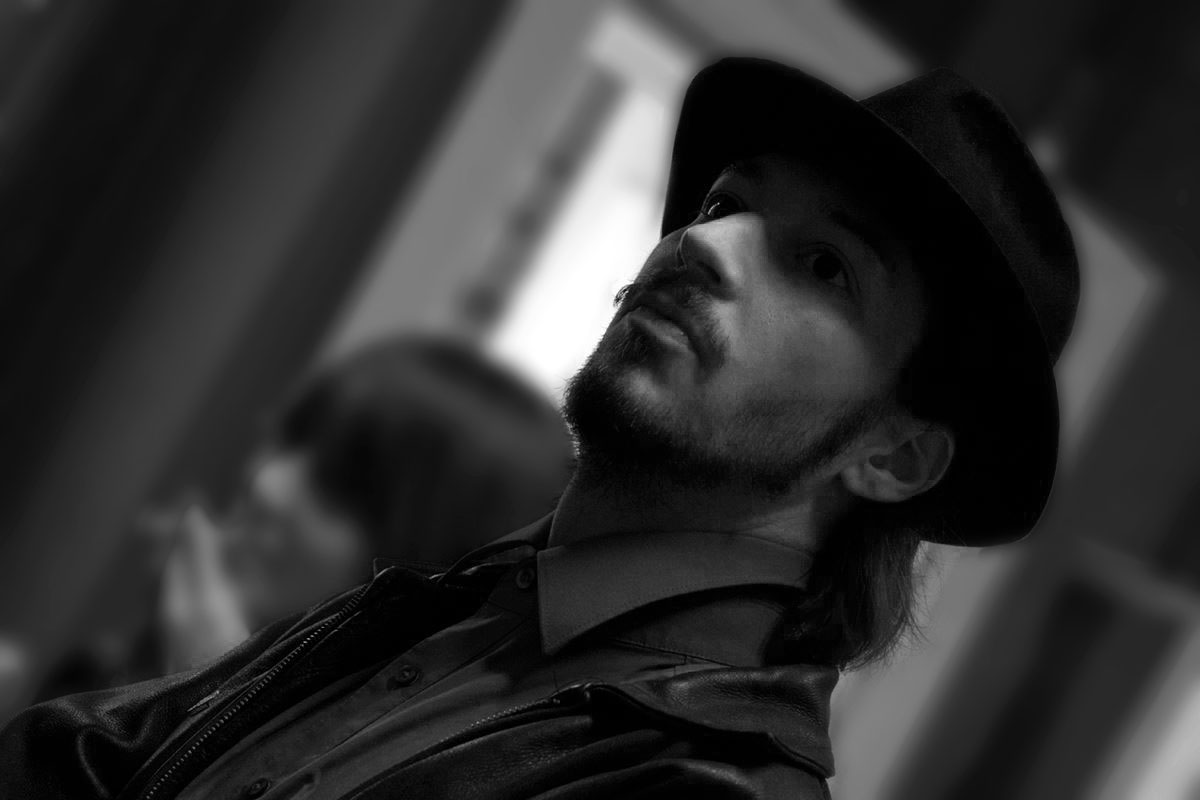 Hannes Dolde (DWAR), born in Freiburg, has always been surrounded by various materials and a creative environment. In his work with graffiti and street art, the transition from figurative to concrete forms began – colors, surfaces and contrasts became more and more the focus of his interest. His communication design studies and the later work as a freelance designer provided many impressions in different fields of work and further pushed the focus towards reduction and composition. Hannes Dolde lives and works as a independent artist in Berlin.

Fascinated about paper, materials and surfaces, generally about handicraft and production techniques, but also the digital possibilities, Dolde develops a process of free association and strict planning.
In which he alternates between two- and three-dimensionality several times, applying both analogue and digital techniques.

In addition to influences from graffiti art, aspects of Japanese aesthetics, Russian constructivism and brutalism can be found, whereby the works themselves belong to the concrete art.

His objects create clear, sometimes complex, shape-accented forms. Dolde creates contrasts with different materials, their color and surface
and found his primary material in paper and PVC – but does not limit himself to these.

Some objects, divided into individual segments and connected by internal magnets, allow an experimental exploration of the individual elements and introduce a certain randomness.
Photographs of these objects conclude his working process by freezing selected views, thus reducing them again to the two-dimensional effect and showing their diversity and inherent contrast. The orientation remains open and the position of the signature unbinding.

My work is  process – about thought, free exploration and precise execution – the unfolding of my mind.
shards, fragments, a fusion of my brains left and right hemispheres, Once materialized they respond to light and to the observer’s point of view, where only over time they reveal their true form.

For selected clients and projects, I still work as a communication and web designer, although in the future I would like to work on more meaningful than purely commercial projects.
My field of activity is versatile and ranges from conception and corporate design to illustration to web design and development.

I’m a convinced cyclist and bikes are my passion – especially steel frames. “Fahreinheit” is my side project and “upcycling” in its purest form.

Working with Paper and various other materials Hannes Dolde aka Dwar creates both abstract and figurative sculptures that revolve around contrast and shape. Clean Photographs capture individual views of these sculptures highlight their diversity as well as intensify their impression on the viewer.

Any cookies that may not be particularly necessary for the website to function and is used specifically to collect user personal data via analytics, ads, other embedded contents are termed as non-necessary cookies. It is mandatory to procure user consent prior to running these cookies on your website.